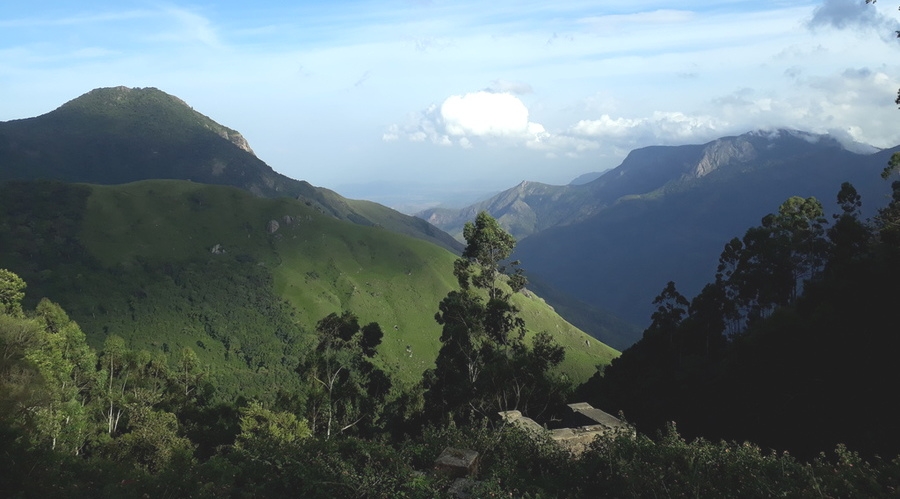 Top station derived its name for being the upper terminal of the Kottaguruddi aerial ropeway and also for being the highest terminal railway station of the Kundala valley railway built in 1902 between Munnar, Poma Kudnala and low points in the rest of the hills.

Top station provides a mesmerising view of the western Ghats and the valleys of the Thenni District of Tamil Nadu.

The trip up the hill climbing the winding roads with the tea estate alongside is the most mesmerising view for the tourists. Finally they are up the hills at the top station. The top station has a viewpoint which has a paid entry.

The view point gives the most panoramic view of the stretch of western ghats as well as thevalleys below. The weather at the top station is pleasant throughout the year.

Which is the best time to reach the top station ?

● Though top station has favourable weather throughout the year, Top station is considered as an all season destination. The best time to visit the top station is from January to April.

How to reach the Top station ?

● It is easy to reach Top station which is 32 Km away from Munnar. You can hire a cab, Taxi, or even board a local bus to reach the top station. Thus top station is one of the best tourist destinations in Munnar which no one coming to Munnar should miss.

Things to do in Top Station

Nearby accommodations in Top Station